The Sinking of the Haguro

On May 16, 1945, the Japanese heavy cruiser Haguro, with Vice Admiral Shintaro Hashimoto and 1,200 crew and soldiers on board, left Penang and was heading north past Phuket to re-supply the Japanese forces in the Andaman Islands. The Japanese destroyer Kamikaze accompanied her. In stormy weather late that afternoon to the northwest of Phuket the Haguro encountered a squadron of five British torpedo destroyers under the command of the rather macho-named Captain Manley Power. The two Japanese ships attempted to make a run back to the protection of the Japanese naval base in Penang. The engagement began at dusk and throughout a stormy night of heavy squalls, high seas and vivid lightning storms, the ships fought it out in a dramatic high-speed chase (almost 50 knots). The Haguro, firing as she went, was slowed when a torpedo from the destroyer HMS Saumarez hit her. She was then hit again by a second torpedo from HMS Vigilant and sank later that night, bow first, some 55 kilometres short of Penang. The destroyer Kamikaze escaped. Fewer than 300 survivors were pulled from the choppy seas the next morning. Over 900 Japanese sailors perished, including Vice Admiral Hashimoto. This was the last Anglo-Japanese naval battle of the war and the only time that destroyers alone sank a heavy cruiser. 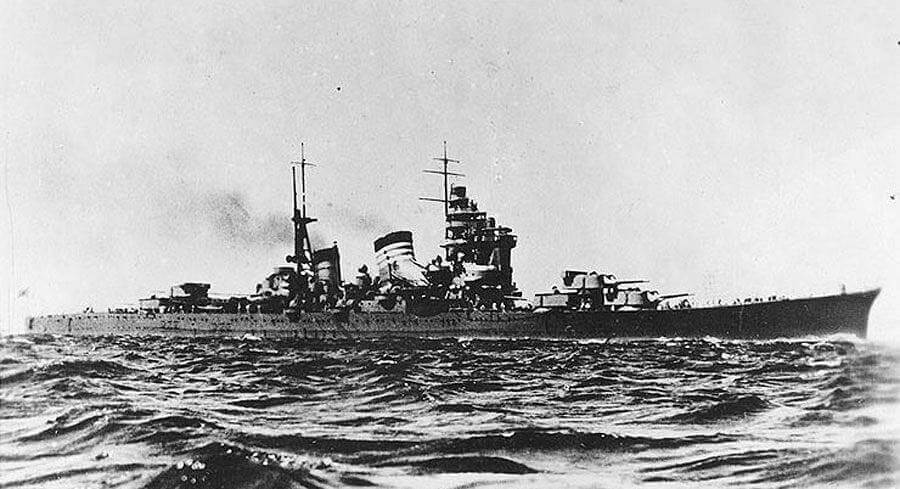