A History of Phuket

and the Surrounding Region

This is the first book to comprehensively examine the little-known history of Phuket and its surrounding region. This well-researched book incorporates over 1,000 original quotes and writings from commentators and visitors over the last 2,000 years. It is broken down into 38 separate chapter/stories and is illustrated with over 100 maps, pictures and photographs, many of which have never been published before. 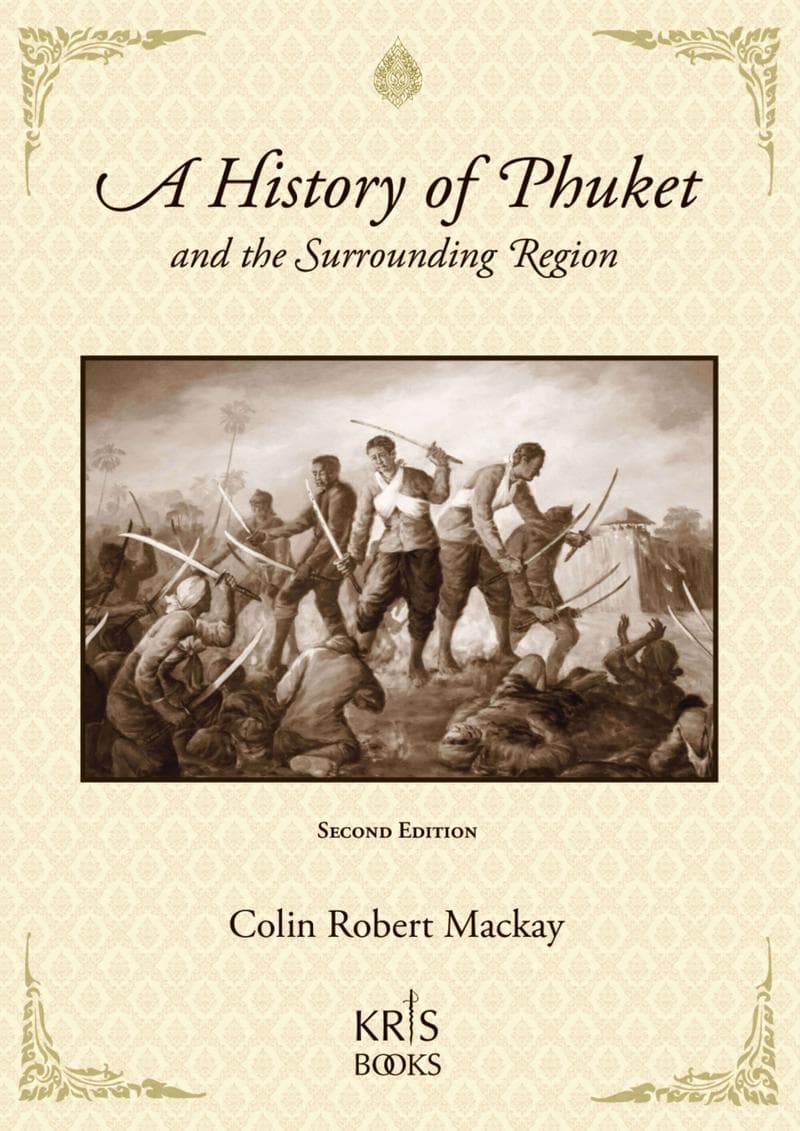 This epic story begins with the arrival of the first humans and goes on to cover: the influence of early Negro, Malay, Indian, Chinese, Arab, Greek settlers and visitors; Phuket’s important position on the ancient east west maritime trade route; the rise and fall of mysterious early kingdoms and empires; the coming of Islam and Thai regional dominance; the social history and the scourge of piracy; swashbuckling attempts by Portuguese, Japanese, Dutch, French, and British adventurers to control Phuket in the 16th, 17th and 18th centuries; the destruction of the 18th and 19th century Burmese wars; the tin mining boom; mass Chinese immigration and their rise to regional power; European colonial pressure and why Phuket was never colonized; the birth of Thailand; Japan’s WWII invasion, local resistance battles and the eventual Allied conquest of Phuket; and Phuket’s post-war transformation into a booming jet-set destination.